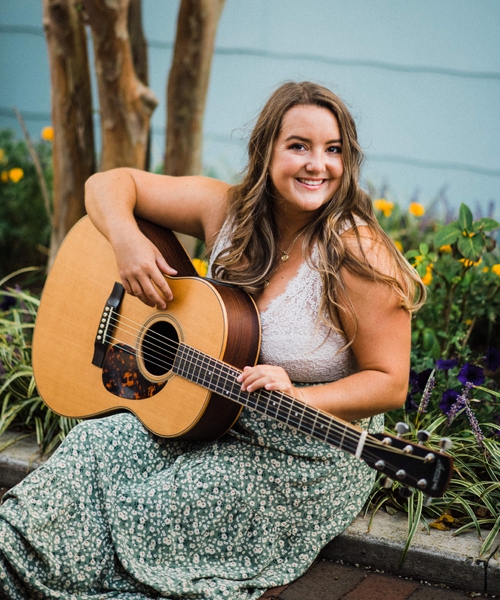 "I've never played a guitar that I loved more than my Larrivée. The sound is incredibly resonant, and it is crafted beautifully!"

South Jersey-based recording artist and singer/songwriter Camille Peruto creates her music with a melodious blend of pop, rock, and folk sounds. With a wide range of influences, her music exudes catchy melodies and memorable lyrics. Her debut album, "Sparrow", has been sold out everywhere other than iTunes. Her sophomore album, "From the Sea to the Sky" has received significant recognition, released in early January 2017. Camille also released a single in 2019 titled "Silver Lining" that has been doing very well. Listen on Spotify & Apple Music. Camille's photography by Taylor Nicolle